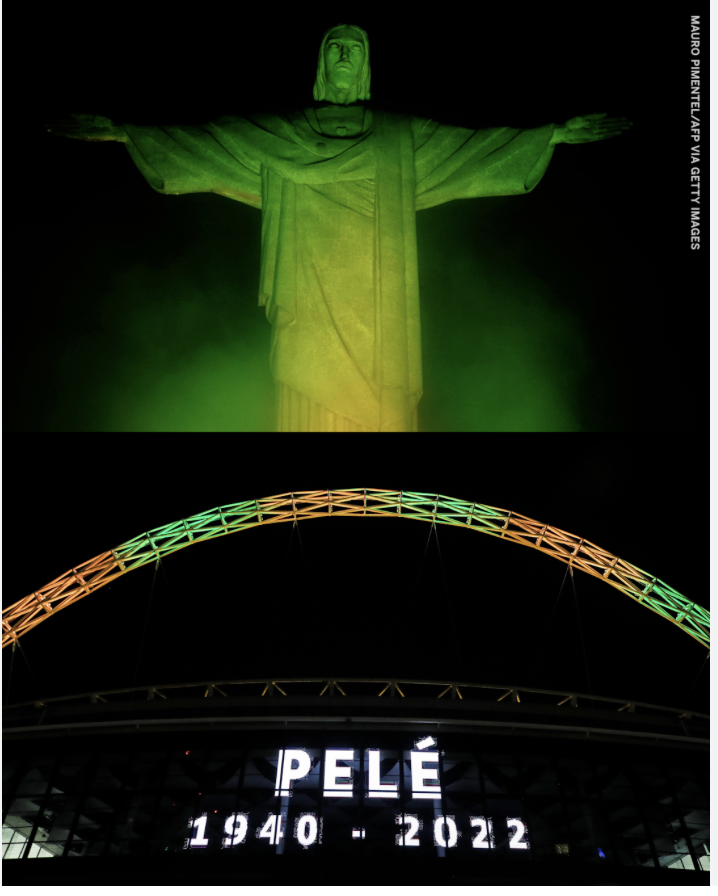 Wishing everyone a Happy New Year on this Monday, January 2nd.  Today’s Monday Morning Mojo is all about New Year’s resolutions, but first a tribute to two icons who passed away last week.

Celebrating The Lives of Pele and Barbara Walters

We begin 2023 remembering the great Brazilian soccer player, diplomat, and all-around inspiring human being, Pele. I had the honor of meeting Pele twice, once by chance and once arranged. Both times he was most welcoming, entertaining and accommodating. He is the epitome of charisma, and in almost every picture I have seen of him, he always has a glow. My good friend, Misha Sher, who made it possible for me to meet Pele, worked closely with him as his agent and only had the best things to say about the King of soccer. When I met him with my kids, his counsel was this, “keep the ball rolling.”

Here are pictures of when I met him in 2016.  The image at the top of this blogpost is a tribute from Wembley Stadium in London last week.  Born in the rural Brazil, Pele became a global icon for the sport of soccer and was the only person to win the World Cup three times, and also the youngest person to score in the World Cup at the age of 17.  He was known globally and someone who certainly made this world a better place. Another Icon, Barbara Walters, left us just before the New Year. I only have the very best memories of what she meant as a journalist. She was famous for her iconic interviews, her fairness and objectivity, and for breaking the glass ceiling in journalism.

Rest in peace Pele and Barbara.

Everyone knows part of the tradition of ringing in the New Year is crafting a few resolutions to tackle once the clock strikes midnight. It is my belief there is no better dopamine rush for the soul than successfully achieving a few identified goals in living your best life. At the top of my list this year is the continued nurturing of relationships very important to me. I swear by the Harvard study from 1938 that found the quality of a person’s relationship matters more than anything else in living a happy life.  Here is a link to a Ted Talk I shared a few times about this study.

In browsing through some of the resolutions people set for themselves, I saw “Changing Your Mindset” as one such goal.  The meaning behind this resolution was to look at things more positively.  This reminded of an interesting story related to the University of Michigan standout quarterback, JJ McCarthy, who has had an absolutely fantastic year in 2022. McCarthy led Michigan to the Fiesta Bowl this past weekend, where, unfortunately, they lost in the semi-final of the College Football Championship.  But that is not the story! McCarthy draws a happy face on his hand before each game. The story behind this dates back to his high school playing days and a comment made to him when he had lost a game.  While signing autographs, a young girl was surprised he was so upset after losing she suggested he smile more and project more positivity.  To be more optimistic, since this interaction, he is known to draw a smiley face on the back of his hand as a reminder.  Here’s a picture.

Making Someone Happy Each Day

I read about another resolution someone suggested about “making someone happy each day”. This reminded me of nearly two years ago when I started the Monday Morning Mojo. I was in Hawaii at the beginning of the Pandemic and was most grateful when one stranger offered to pay for a cup of coffee for me because I only had cash and they were only taking credit cards. Seems like a noble resolution to consider.

A Bit of Humor To Begin The Year

Not all resolutions have to be so serious though. Saturday Night Live always does something fun and relevant, and I thought I would share this fun skit from nearly a decade ago for those who are less familiar with Saturday Night Live.

Finally, just sharing something my daughter, Jacquelin, recited on New Year’s Eve.  She said this poem was something she acquired from my mom and she likes to start her day by reciting this. In terms of starting the day, and year, with some positivity I am sharing this with all of you now.

“Each day as a miracle, to enjoy and to treasure. Friends, family and faith, and love without measure. These are the important things, it’s simple and true. And remember you’re special, there’s only one you.”

Enjoy and wishing you the very best for 2023!

AMEN!!! Scott I truly believe in positivity every day!!!!

Thank you Scott for sharing (It would bring tears to your mom’s kind eyes) how your daughter recites this sweet yet to the point poem when starting her day. 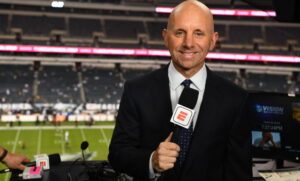 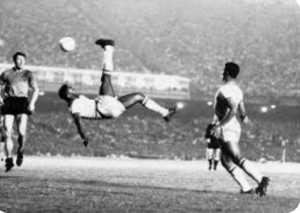